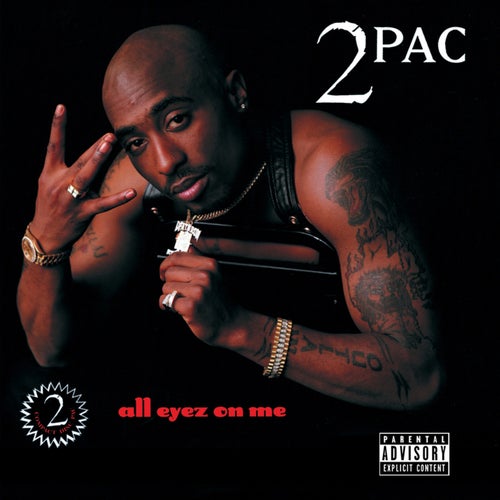 Reproducir en Napster
Lanzamiento: Jan 1996
Disquera: Death Row Records
2Pac is at his most boastful on All Eyez on Me, a two-disc set that's remarkably consistent, if unvarying, and wholly committed to a G-funk ethos. The first disc is packed with hits, including "California Love," "How Do U Want It" and "2 of Amerikaz Most Wanted." Disc 2 strikes hard, too, but it sticks to ominous thug material like "When We Ride" as his trusty Outlawz crew eggs him on. "N*ggas is paranoid/ Trust a no-no," he raps on "Holla at Me," and he would soon indulge that paranoia as the vengeful Makaveli. But on All Eyez on Me, it's nuthin' but a gangsta party.
Mosi Reeves