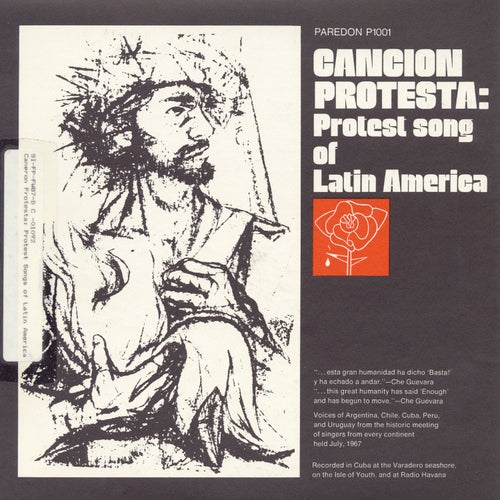 Reproducir en Napster
Lanzamiento: Jan 1970
Disquera: Paredon Records
Latin American protest songs share the stage only with songs of the U.S. civil-rights era for sheer musicality. Who doesn't want to protest when it sounds this good? As Emma Goldman said, "It's not my revolution if I can't dance." Carlos Puebla's charming but aged recordings dominate the opening of the release, and as it moves into music from the Parra family and singers like Rolando Alarcon and Daniel Viglietti, the sound quality improves even as the admirable sentiments remain the same.
Sarah Bardeen